5 Axle Curtain Side Truck and Trailer

When other manufacturers said “NO” – Domett said “YES”

Jason Semenoff started the process of searching for his favoured truck-trailer manufacturer more than two years prior to making his latest purchase. In his own words he was “very picky with what I wanted.”

It’s fair to say that Jason’s requirements for his truck-trailer unit were pushing the envelope in more than one way. A seven-tonne tare weight goal for a steel decked 12 metre curtain side, as well as dual tool boxes, requires some creative ‘can-do’ thinking to make it all work and come in under a seven-tonne tare weight. As most people do, Jason spent some time talking to a few different manufacturers but ultimately came down to land on Domett for a number of reasons, primarily that in his own words, “when other manufacturers were saying no it can’t be done, Domett said yes.”

Hauling all types of cargo for various companies in Northland, Jason says he drew Domett a picture of what he wanted. Domett then took that picture and went to work developing a proposal and a way forward to achieve Jason’s specific goals for his truck and trailer unit, “Domett came back with a plan and a price that was highly competitive.”

Now having had the truck and trailer unit for just a few months, Jason is thrilled with the unit itself and the experience he had working with Domett.

“The guys at Domett were great to deal with and happy to customise what I wanted which is why, ultimately, I chose to work with them. Now I’ve got a trailer unit that is built like a tank, with a stack of extra accessories and upgrades, as well as so much stainless steel on it that magpies would love it. In the end I got exactly the truck-trailer unit I wanted, that does everything I wanted it to do and all for a price that was highly competitive.” 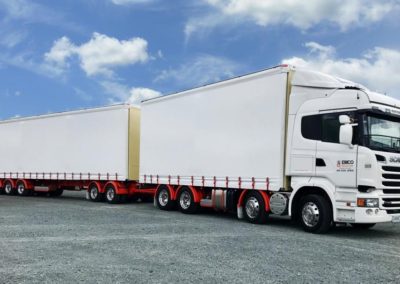 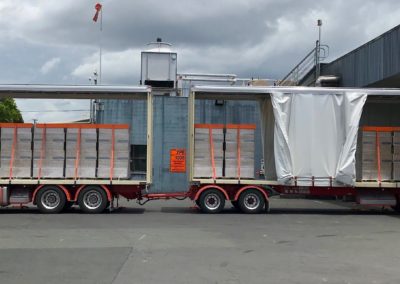 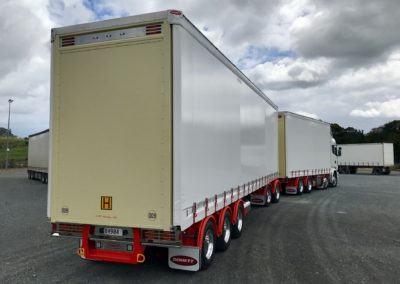 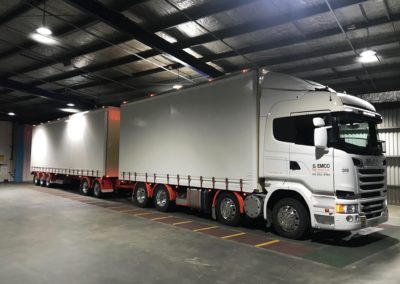